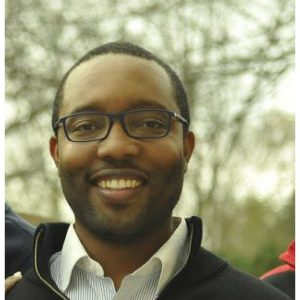 Daren is a movie and music critic, poet, and novelist. Hailing from the whitest part of Southern California, he works in market research by day and cradles a laptop by night. Daren is a human anthology of all things musical including the really old, obscure stuff. He still has vintage comic books from his childhood and even convinced Jenn to let him keep his Star Trek and Star Wars figurines and models when they married cuz he’s a nerd (or, more accurately, a blerd). Daren really loves to not pay retail, one of the things he and Jenn do not have in common.

Challenging him in Super Smash Bros, Super Mario Kart, or HALO is futile. You’ve been warned.

Find out more about Daren’s work at DarenWJackson.com. You can also find him on Twitter at @darenwjackson.